Amnesty International with the Tanner Center for Human Rights hosted their third annual Write for Rights letter writing campaign. People joined together, using the power of the written word, to stand up human rights on behalf of  human rights defenders who face discrimination, abuse, intimidation, imprisonment and violence at the hands of their government. This campus-wide event for students and the broader community resulted in over 550 letters written to government leaders around the world. 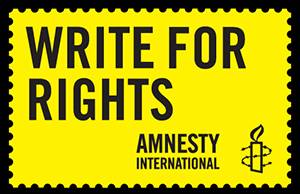 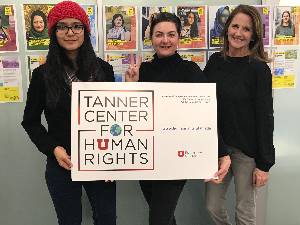 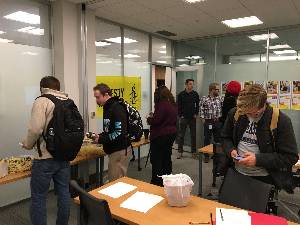 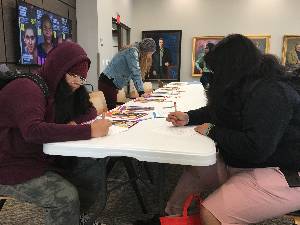 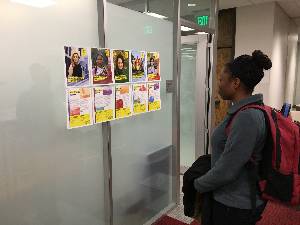 From experience we know these letters have the power to change lives. Throughout Amnesty International’s 57 years of human rights activism, many people have been freed because of the action taken by activists who participate in Write for Rights. Letters and online actions taken by activists have given former prisoners of conscience, human rights defenders, torture survivors, and death row prisoners hope and helped changed the minds of decision makers. 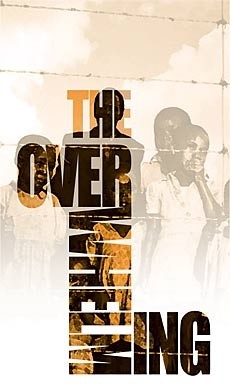 Celebrating the regional premiere of The Overwhelming, an extraordinary new play by J.T. Rogers author of White People, Seeing the Elephant, and Madagascar.

The Overwhelming tells the story of a naïve and desperate American professor who, in an attempt to save his teaching career, brings his family to Rwanda just as the country careens toward unspeakable horror.  This drama, developed at the Salt Lake Acting Company, premiered in London and New York and then shared its remarkably powerful and important story with our community, here. 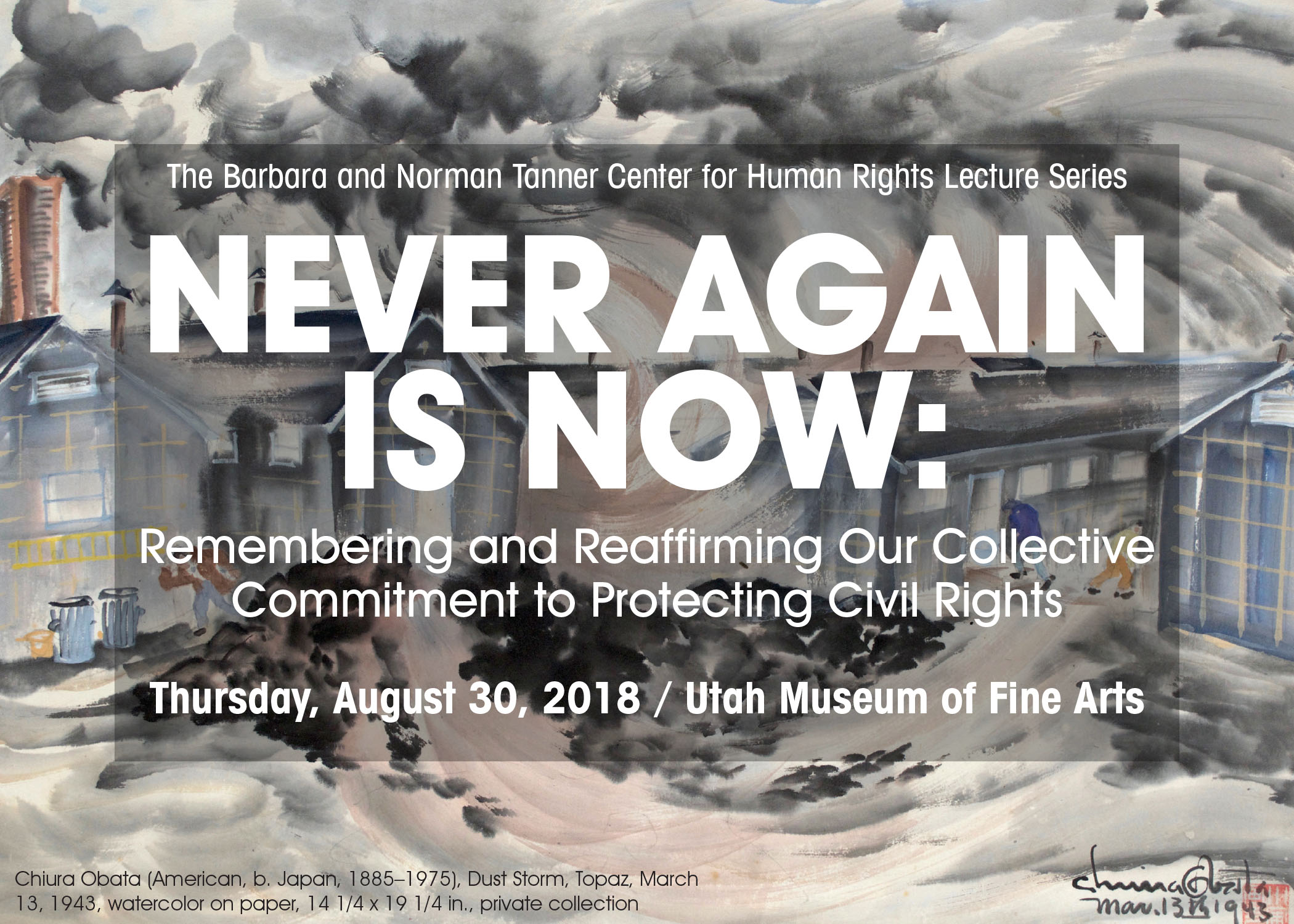 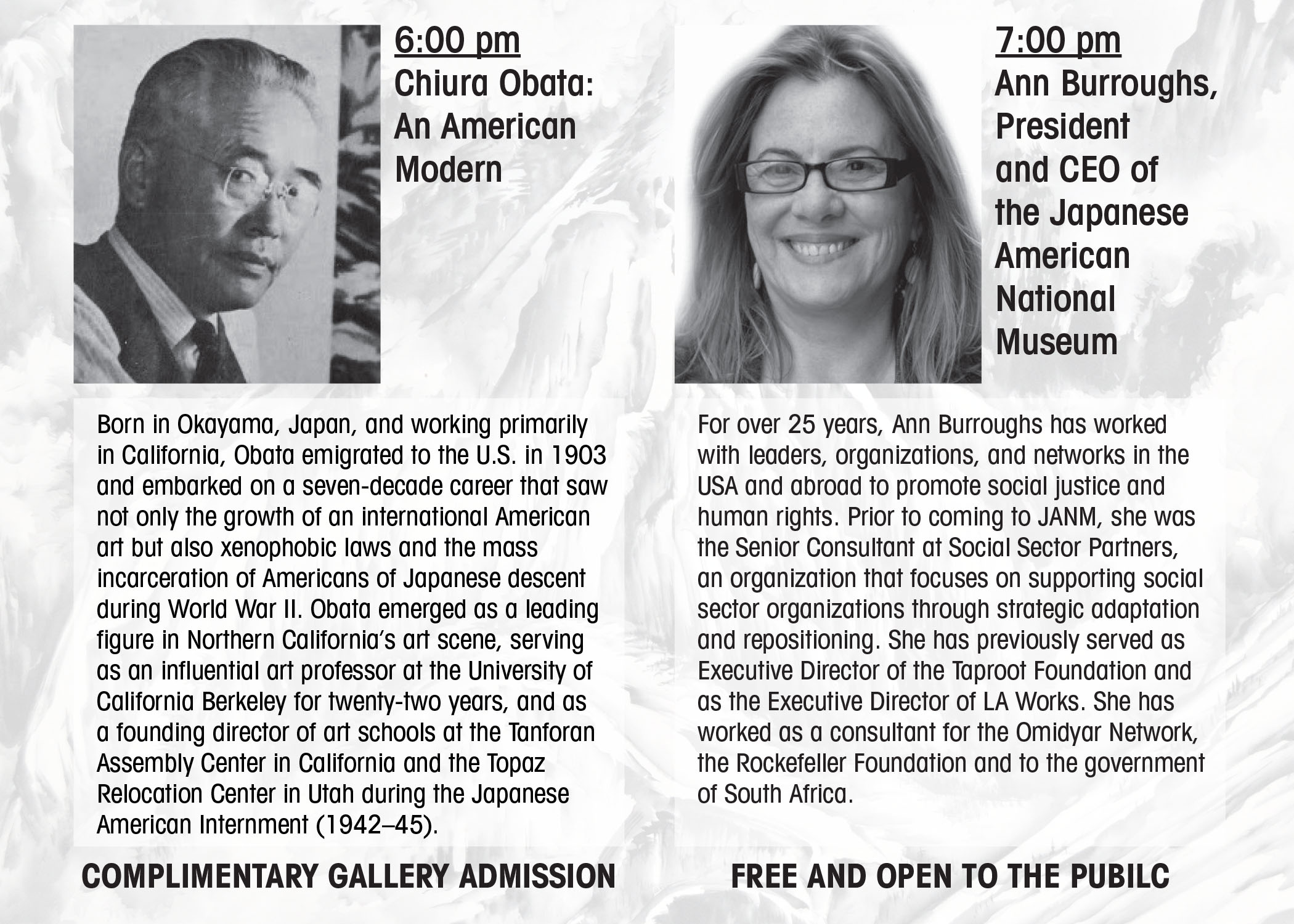 Our keynote address by Sonia Nazario addressed this year’s topic of immigration and the journey that many unaccompanied minors face.

Following her talk, we had a reception in the Great Hall where we featured the photographic work of Rosa Villoslada, artwork from the children at Uinta Elementary and music by the Mundi Project.

Students in Conversation with Sonia Nazario

A select group of students from North Davis Preparatory Academy, S.J Quinney College of Law, Sociology and Latin American Studies were invited to a private lunch with Sonia Narario at the University.  She shared her stories from Central America and relayed the plight of young refugees fleeing gang violence and poverty in Central American countries. 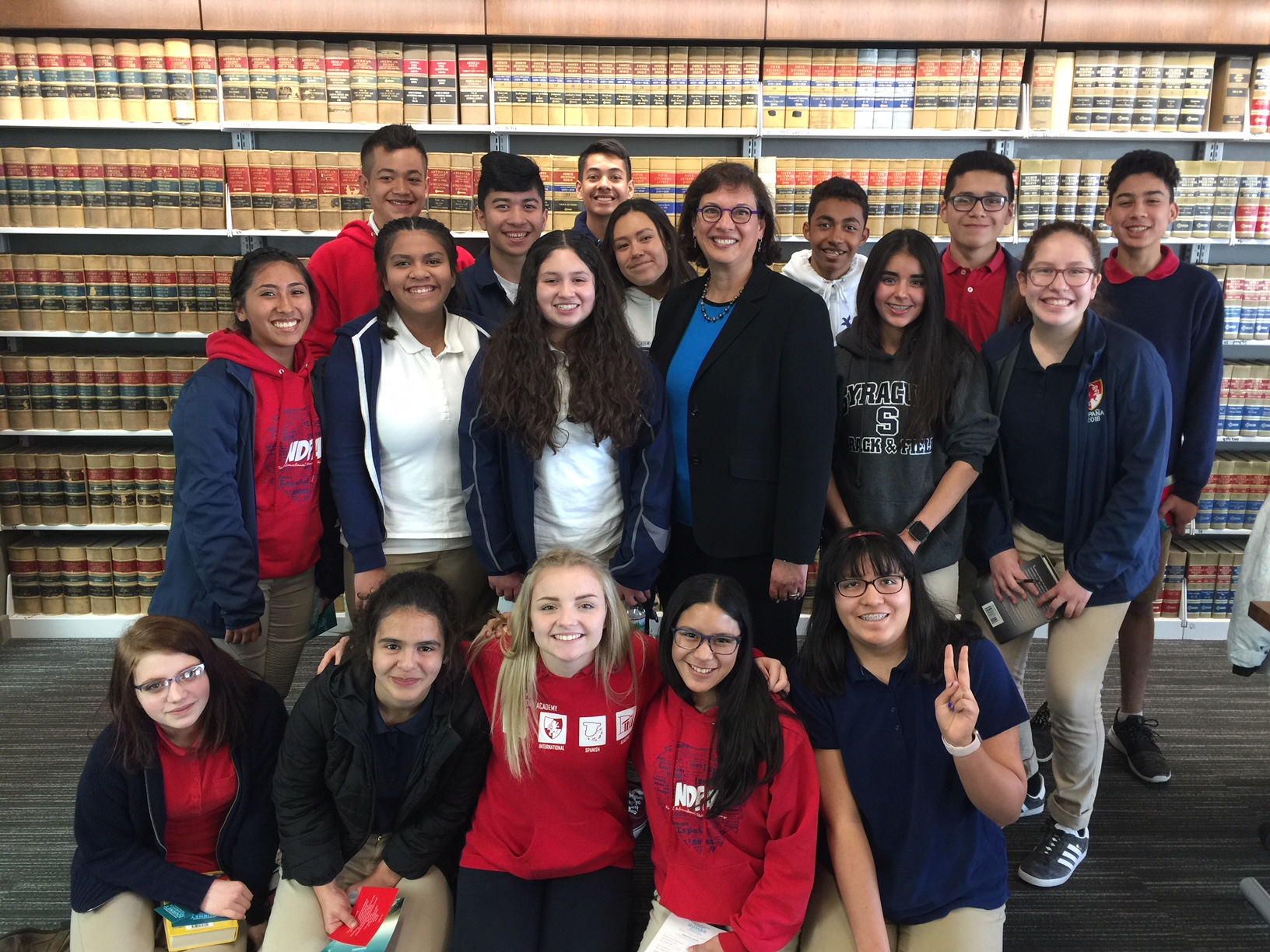 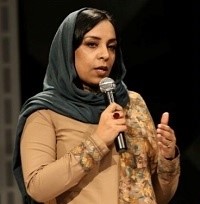 Together with the Utah Council for Citizen Diplomacy, we hosted award-winning Afghan filmmaker and 2018 International Women of Courage award recipient Roya Sadat. Roya uses her platform of film making to change communities through discourse and raise awareness of the challenges facing women and girls.

Roya Sadat is a creative thinker who refuses to be silenced in the face of threats from conservative elements within Afghan society. Using cinema and television as platforms for advocacy, she is peacefully advocating for positive change by telling the untold stories of Afghan women and girls. At age 20, Sadat directed her first feature, Three Dots, which she secretly wrote during the Taliban era. The film centers on a young widow who is pressured to marry an in-law.

Sadat took major risks to shoot the film in a rural village; at one point, she was chased away at gunpoint by villagers angry at her use of uncovered women actresses. Despite these and other challenges, she completed the film, which received international acclaim.

Throughout her career, Sadat has faced enormous risks and has overcome tremendous cultural, bureaucratic, and monetary barriers. Born in Herat in 1981, Sadat always dreamed of being a filmmaker. But when the Taliban came to power, her dreams were nearly crushed as music, movies, television, and theater were banned. Yet Sadat organized secret theater classes in hospitals, refusing to give up her passion. 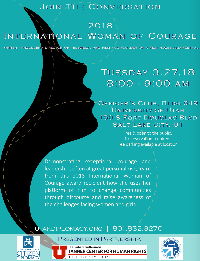 In 2003, Sadat founded Roya Film House to tell compelling stories about Afghanistan. In more than 30 documentaries, films, and television shows, Sadat has not shied away from depicting the brutal injustices of life for Afghan women. And in 2013, she founded the Afghanistan International Women’s Film Festival to promote women filmmakers and the empowerment of Afghan women through art.

Sadat’s most recent work, A Letter to the President, tells the story of a strong-willed woman who is sentenced to death after accidentally killing her abusive husband. In the process of examining Afghanistan’s culture through cinema, Sadat is doing her part to make her country a better place for women and girls.

Together with the Utah Film Center, we hosted Dolores Huerta and Director Peter Bratt for a screening of the documentary “Dolores”.  The auditorium reached capacity quickly causing the venue to turn many groups away.  During the film screening, Dolores Huerta shared her time visiting with those groups who remained in the lobby.  A rock star in her own right, Dolores Huerta has a following that spans generations, ethnicity and socio-economic standing.

Generating the largest turnout the Hinckley Institute has seen in the past two years, Dolores Huerta’s visit to the University was a success on many levels.  In attendance were university students, faculty and staff, high school students, KUED special guests and members of the community at large.  Young women gathered outside of the caucus room to get a picture and an autograph with her.  When Dolores walked in she received a standing (and very lively) ovation.  Her talk was both thought provoking and inspiring and what really resonated with many attendees is her very important message: It only takes one person with an idea to make a difference in world.

Oxford Consortium:  Human Rights In and After Conflict

The Barbara and Norman Tanner Center sponsored three students from the Honors College to travel to Oxford to participate in the 2018 spring workshop aimed at understanding and developing constructive solutions to the problems of today.

Sarah Alisabeth Fox highlighted the personal cost of nuclear testing and uranium extraction in the American West through extensive interviews with “downwinders,” the Native American and non-Native residents of the Great Basin region affected by nuclear environmental contamination and nuclear-testing fallout.  This was a Pizza and Politics event, which we co-sponsored with PAC/Deb Sawyer.