Combatants for a Just Peace in the Holy Land 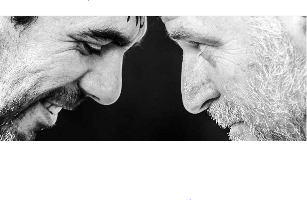 In 2006, former Palestinian prisoners and Israeli Combat soldiers and officers laid down their weapons and established Combatants for Peace. Their Nobel Peace Prize nominated movement was founded on the belief that the cycle of violence can only be broken when Israelis and Palestinians join forces. It is the only organization, worldwide, in which former fighters on both sides of an active conflict have renounced violence and chosen to work together for peace. Their joint action lays the groundwork for a peaceful future by modeling the potential of what can be.

Sponsored by:
American Friends of Combatants for Peace (AFCFP) and Utahns for a Just Peace in the Holy Land (UJPHL)

AFCFP is a works to humanize both sides of the Israeli-Palestinian conflict by sharing the Combatants’ personal stories of transformation from violence to non-violence. They seek to bring the Combatants’ aspirations and message to Americans of all faiths and backgrounds, and to introduce their values-based model into the mainstream discourse on Israeli-Palestinian peace. Aiming to shift conventional attitudes in the USA from those of enmity and fear into those of peace building they strive to influence political, religious and otherwise influential leaders and bring them into alignment with the goals of Combatants for Peace.

UJPHL is a coalition of civil and human rights advocates who promote peace with justice in Israel and Palestine.  They believe that a true and lasting peace in the region cannot be imposed, but instead must be based on justice as already set forth by international law and United Nations Resolution.