Susi Snyder, Nuclear Disarmament Program Manager for PAX No Nukes in the Netherlands, to be Tanner Center for Human Rights Speaker at Hinckley Institute

Susi Snyder, is the Nuclear Disarmament Programme Manager for PAX in the Netherlands. 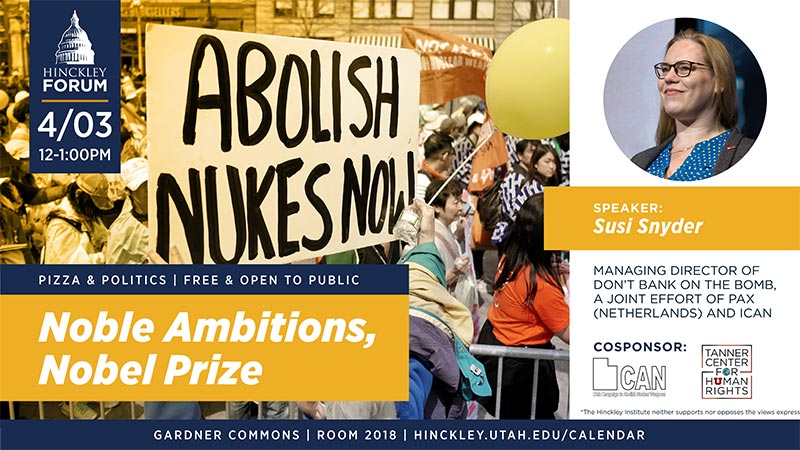 Susi Snyder, one of the leaders of the 2017 Nobel Peace Prize winning International Campaign to Abolish Nuclear Weapons (ICAN), brings hope  to what seems like a hopeless conversation on nuclear weapons. Join us and have the opportinuty to chat with a Nobel Peace Prize winner and learn how you can help bring positive change the world.